Achieving a Better Quality of Life 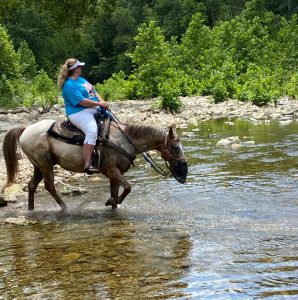 Being in close proximity to a bathroom became a daily necessity for Yvette Tullos. Bowel incontinence left her scrambling to get to the restroom in time. Her first bout with incontinence began after the birth of her child. At first, she just had an occasional problem, but then in her 40’s, the problem began happening every couple of weeks. In her 50s, Yvette’s problem increased to three times a week and then became a daily occurrence. She packed a change of clothes whenever she left home, just in case. As a teacher, she found herself racing to the restroom to get there in time.

Convinced there must be “something someone somewhere” that could help her, Yvette sought out medical care in Shreveport and New Orleans. She was told to keep a journal, write down her food intake, chart her frequency on a daily basis, avoid certain foods, drink more fluids, and more, but no one could tell her why she was incontinent. She had doctors who said she had a chronic condition while others said it was all in her mind. In addition to bowel incontinence, she developed urinary incontinence.

Finally, the emotional toll was simply too much. She dreaded leaving her home, because she didn’t want the embarrassment. Then one day, she saw a gastroenterologist who suggested seeing a urologist and asking about a modulator, a small device that sends signals to the brain and helps control the sense of urgency. That’s when Yvette decided to make an appointment with Dr. Kenneth Perego.

“So I had the surgery to implant the modulator at Natchitoches Regional Medical Center,” Yvette explained. “Everyone there was so nice and explained everything to me. I had the best of care. They also gave my husband a lot of support. We went into surgery hoping for improvement of any kind. I had the procedure on a Monday morning nearly a year ago, and to this day, I have not had incontinence — not once. Because of this technology and Dr. Perego, I have my life back again. My husband and I are enjoying traveling, camping, boating, and fishing. We no longer factor in whether or not a bathroom is nearby, and I no longer pack extra clothing. I am so grateful, and I am sharing my story in hopes of helping others who are living with incontinence. Maybe this device can help them, too.”